Newton is a suburban city located west of Boston. It is surrounded by Boston, Brookline, Watertown, Waltham, Wellesley and Needham. Newton does not have a city center but rather 13 villages, many of which have their own downtown area. They are: Auburndale, Chestnut Hill, Newton Centre, Newton Corner, Newton Highlands, Newton Lower Falls, Newton Upper Falls, Newtonville, Nonantum, Oak Hill, Thompsonville, Waban and West Newton.

The City is home to Boston College, Mount Ida College and Lasell College. The Boston Marathon runs right through the City with Heartbreak Hill beginning right next to City Hall. The Newton Free Library is well respected as one of the largest, most well equipped libraries in the Commonwealth. It is also home to Newton-Wellesley Hospital, a very well respected hospital in the Greater Boston area. 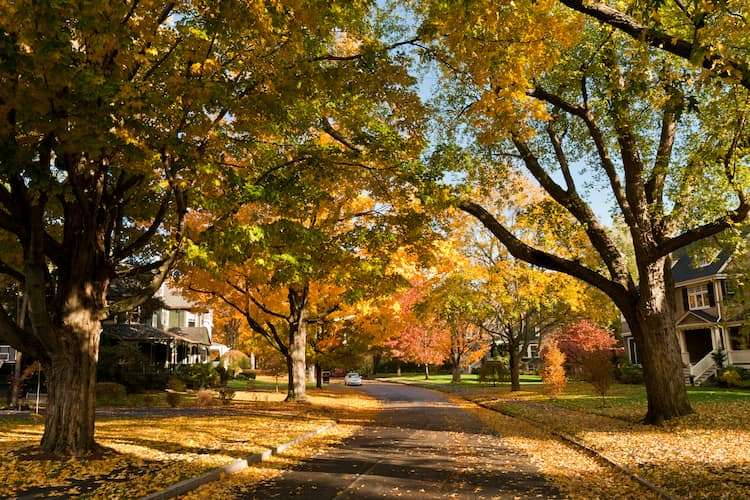 Newton is easily accessible from all forms of public transportation. I-90, which runs east/west runs right through Newton as does I-95, which runs North/South. The MBTA Green Line, B Branch, ends across from Boston College, towards the eastern side of Newton, while the D branch runs through the center of the city making stops in Chestnut Hill, Newton Centre, Newton Highlands, Eliot, Waban, Woodland and ending in Riverside. The commuter rail also makes stops in Newtonville, West Newton and Auburndale before continuing to Wellesley and eventually Worcester. There are also several express buses through Newton that continue on to Boston or Watertown.

Newton Public Schools are known as some of the best in the state. There are 15 elementary schools that feed in to 4 middle schools that then feed into two high schools.

Sun-filled, eight room unit in desirable Auburndale. This condo occupies the second and third floor of the property and lives like a single family! The primary level offers a living room with fireplace, dining room, renovated kitchen with stainless a

Contemporary estate home located on one of Newton's most prestigious streets… 7 Bedrooms (5 upstairs, 1 on the first floor, and 1 on the lower lvl) with 7 full and 2 half baths... Elevator shaft prepared for future elevator... Primary Suite includes

Luxurious custom home is a marriage between renowned local architect, and Boston's premier luxury home builder. This house has everything one could want, and much more. Beautifully laid out first floor with large entertaining rooms, formal dining roo

This New Construction Contemporary Townhome pushes the boundary of modern styling. Located on a quiet cul-de-sac and near commuter options like Route 9, 95, and the green line. These homes have a floor plan that suits current lifestyles using pre

Beautiful brick center entrance Colonial located in the highly desirable Village of Waban awaits your personal touch. This home has been lovingly maintained by the current owners for 40 years. Located minutes away from 2 green line D trains, schools,

Developers behold! Prime opportunity to acquire 2 single-family homes on adjoining parcels in highly sought-after Thompsonville Newton. There is the possibility for 2 two-family style Townhouse structures for a total of 4 condos or 5-unit Townhouse D

Opportunity knocks! Charming home in a desirable Newton Highlands neighborhood. Built in 1940, this two-story house has been in the same family for 50 years and is ready for a new owner to make it their own! Features include a fireplace, partially fi

This property is vacant and has a lot to offer because of its location, lot size, and use. Previously licensed as a small daycare, it could work well for a business owner occupancy. Although the house was recently used and taxed as 2 family, it can b

This multi family home in Auburndale is vacant and has a lot to offer because of its location, lot size, and use. Previously licensed as a small daycare, it could work well for a business owner occupancy. Both units are in rentable and livable condit

Bring your vision and TLC to this spacious Contemporary Colonial. The first floor features family, living, and dining rooms, and offers an an au pair suite with a separate entrance-- perfect as a home office or in-law suite. Potential to open up the

Just completed New Construction in a welcoming, family-friendly neighborhood! Set on a cul-de-sac in Waban, within the new Angier School district and everything Waban has to offer. This welcoming home is full of natural light and features a spacious

This is exactly where you want to live! Newtonville is buzzing with so many new restaurants, stores and coffee shops you won’t want to live anywhere else. This well-designed penthouse duplex features three bedrooms and two full baths including a jacu

Spacious one bedroom on lower level of The Embassy House at the desirable Hammond Park Condominiums. Open floor plan features a living room and dining room with a large slider to a private terrace (one of only three units) with direct access to the

Prime Newton Center Location! Attention all builders, developers, renovators, and end-users, this is a great opportunity! This single-family colonial sitting on 0.245 acre lot is in the heart of Newton Centre abutting the Newton Centre Playground. It

Renovated by designer-owner, this Waban masterpiece is defined by its 2022 kitchen and elegant shared liv spaces. A+ side street location in Newton’s most desirable village just 7 miles to downtown Boston. Quarter-turn staircase anchors breathtaking

Stunning contemporary brick and stucco colonial ideally located on cul de sac in coveted Waban location. The house consists of fourteen gorgeous sun-filled rooms with over 6100 sq ft of elegant living space. The rooms are of grand proportions but it

New Riverfront Construction! One of the 6 new homes being built at "Farwell on The Charles" featuring generous natural light and picturesque views of the Charles River. A perfect setting for families & couples to reconnect to nature within a short dr

Huge, level 21,870sf lot has 107 feet of frontage and gently slopes towards the rear lot line. Existing home is considered by City of Newton to be a non-conforming 'grandfathered' two family home on an SR3 single family zoned lot, all in a highly des

A must see! Spectacular New Constriction near the Cove Conservation Area! This 3 bedroom, 3 1/2 bath townhome feels like a single family and boasts quality craftsmanship throughout! The eat in chefs kitchen features a spacious island, Thermador Ap

The Bristol Waban is an unsurpassed luxury building comprised of 24 elegantly designed one, two, and three bedroom residences overlooking the renowned Brae Burn Country Club. This steel and concrete building is the first new condo complex coming to N

Unique opportunity to live on one of Newton's most coveted streets. This masterpiece of a luxury home built in 2015 by one of Newtons largest developers as a custom home. Sited on almost 1/2 acre of land this home is a feast for the senses. Dramatic

Rarely offered 3-bedroom Penthouse. The Executive House at Hammond Pond Condominium Trust is a professionally managed building with elevator access to all floors. The condo is very spacious at 1880 sq. ft. with 6 rooms that include living / dining co

This New Construction Contemporary Townhome pushes the boundary of modern styling. Located on a quiet cul-de-sac and near commuter options like Route 9, 95, and the green line. These homes have a floor plan that suits current lifestyles using pre

At this spectacular home, warmth and coziness welcomes you. Let yourself through the inviting front door where the captivating open space concept flows and connects its enchanting living room, dining room & luxurious kitchen, seducing to delight & en

The Bristol Waban is an unsurpassed luxury building comprised of 24 elegantly designed one, two, and three bedroom residences overlooking the renowned Brae Burn Country Club. This steel and concrete building is the first new condo complex coming to N

The first of two side by side beautiful new construction townhouse just being completed located on quiet side street. The first floor features an open floor plan kitchen with oversized island and family room with fireplace that steps down to a priv

Enjoy "Single family living" with this legal condo attached townhouse located in the heart of Newton. The spacious townhouse features an open and updated eat in kitchen (with new SS oven, dishwasher, microwave. and disposal) which flows into the la

When you're looking to buy a home in Newton, the real estate agents at Gorfinkle Group are here to help. Contact us below or call (617) 820-8085.